Schletter Group continues to grow in Central America
Kirchdorf/Haag, November 17, 2021. The Schletter Group continues its growth course in Central America. The global solar mounting systems manufacturer has supplied the mounting systems for a 6 MW solar power plant by the project developer Advanced Energy de El Salvador. For the Schletter Group, this is already the fifth open-area project in short succession in this Central American country.
“Central America is an important growth market for us, which we are currently expanding significantly,” emphasized Daniel Rodriguez, Sales Manager at Schletter North America, who oversaw the project. “The fact that our systems are very well suited to the climatic and topographical challenges in the region also plays a role.” For example, tropical cyclones, corrosive marine climates or, as in this project, challenging terrain conditions place special demands on the flexibility and load-bearing capacity of the mounting system.

The open-area project near the city of Santa Ana is located at the foot of a mountain. Due to the steeply sloping and uneven terrain, the layout of the plant had to be planned flexibly. Some mounting tables were installed in an east/west orientation instead of a south orientation to make the best use of space. This is why the Schletter twin-post system “FS Duo” was used. The mounting system has an adjustable tilt head on the posts, which can be used to compensate for even the steepest of slopes. Thanks to its large spans, the FS Duo system is also particularly economical and flexible and can be adapted to load and ground conditions in a material-efficient manner. A total of around 14,000 modules were installed for the project.

The Schletter Group thanked Advanced Energy for the again great support: “Our partners at Advanced Energy once again did a great job of organizing and executing this technically and logistically challenging project,” Rodriguez said. Working together with the local project developer, the Schletter Group has already realized projects in Ahuachapán, Acajutla and Metapán. Further projects and a larger portfolio have already been commissioned or are in the planning stage. 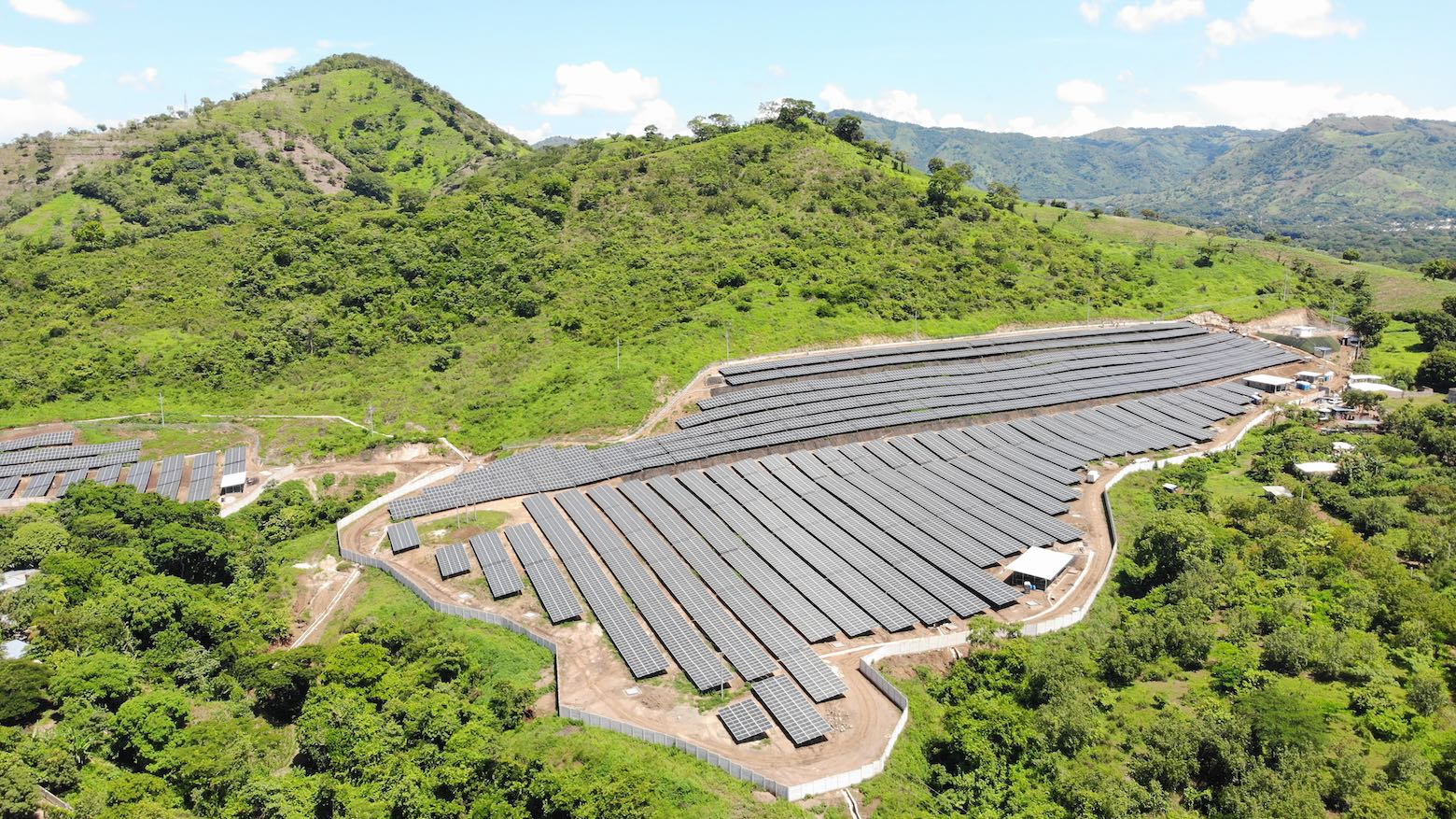 Thank you for your subscription!

We have also already sent you the first email and ask you to confirm your email address via the activation link.